U.S. House and Senate members of a combined Conference Committee have just passed a revised version of the tax reform legislation they have been considering for a few weeks. Next week, it is likely that Congress will pass this measure and then send it to the President for signing into law.

There are many elements of this legislation that impact current and future homeowners, which—as National Association of Realtors President Elizabeth Meddenhall states—poses problems for homeowners and the broader housing market. There are some elements to the bill that will benefit some homeowners and communities, including capital gains on the sale of a home, as well as keeping some mortgage interest and state and local tax deductions.

To understand how this legislation—which will most likely become law—impacts you as a homeowner, here is a link to an article in the Washington Post that helps explain provisions of the measure:

Learn more about this topic and also pick up additional news by joining us each Sunday on the “All Things Real Estate” radio show (12-2pm Mountain Time) on Santa Fe’s 1260 KTRC-AM, or via streaming at the “Listen Now” link at ATREradio.com. 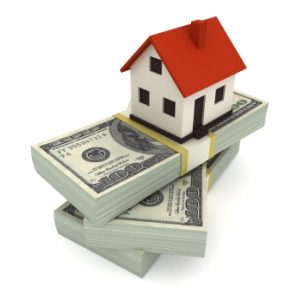 To continue on a message I have been delivering for several weeks, early in the morning of December 1st, the U.S. Senate passed tax reform legislation that the National Association of Realtors® believes puts home values at risk, and dramatically undercuts the incentive to own a home.

NAR President Elizabeth Mendenhall, offered strong concerns over the bill and said Realtors® will continue to work with members of the House and Senate as the process moves forward into a conference committee between both bodies of the U.S. Congress.

As Mendenhall stated, “Tax incentives to own a home are baked into the overall value of homes in every state and territory across the country. When those incentives are nullified in the way this bill provides, our estimates show that home values stand to fall by an average of more than 10 percent, and even greater in high-cost areas.

Mendenhall further noted that, “Realtors® support tax cuts when done in a fiscally responsible way; while there are some winners in this legislation, millions of middle-class homeowners would see very limited benefits, and many will even see a tax increase. In exchange for that, they’ll also see much or all of their home equity evaporates as $1.5 trillion is added to the national debt and piled onto the backs of their children and grandchildren.

Mendenhall finally observed that, “This legislation is a poor foot to put forward, but this isn’t the end of the road. Realtors® will continue to advocate for homeownership and hope members of the House and Senate will listen to the concerns of America’s 75 million homeowners as the tax reform discussion continues.”

As a member of the National Association of Realtors®—America’s largest trade association, representing 1.3 million professionals—I am using the “All Things Real Estate” (ATRE) radio show to share my views on this major legislation that is currently before our Congress. It is important that all homeowners, and those who wish to own a home, understand the implications of this legislation being passed and then sent to the President for his signature into law.

For anyone who is concerned about the direction this potential law could take us, NOW is the time to share your own views with your Congressman, as well as your two U.S. Senators. Call 1-202-224-3121, (repeat), to get the ball running.