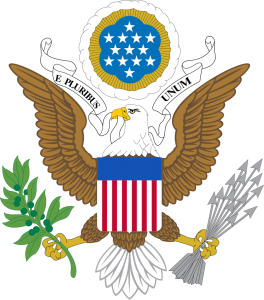 During the first hour of today’s “All Things Real Estate” radio show, my guest co-host—Scott Robinson, Branch Manager of the Gateway Mortgage Group—and I marked a special anniversary and how it applies to the practice of real estate.

September 16 marks the 236th anniversary (1782) of the first use of the Great Seal of the United States of America. The Great Seal is the official emblem and heraldic device of the United States of America, adopted by our Continental Congress to represent our nation. The Great Seal was intended to demonstrate to the world the ideas and values of our Founders and people, including love of freedom, virtue, honesty, courage, and sacrifice.

In the spirit of this historic occasion, the theme for the first hour of the show was how real estate professionals recognize that the ideas and values represented by the Great Seal, contribute greatly to why people pursue the American Dream of home ownership.

Scott and I discussed how the words associated with the meaning of the Great Seal of the United States aren’t just lofty terms. They in fact represent how lucky we are to have the opportunity for home ownership in our nation—a reality that others around the world can’t always, if ever, achieve.

And the Great Seal offers a fair amount of symbolism in its design that relates to the essence of our nation. Here are some “fun facts” about the seal:

On this historic occasion, our conversation during the radio show spoke to many of the ways that professionals across every field of real estate work tirelessly to support the interests of their clients. Achieving the American Dream of home ownership isn’t always easy, nor is it something that most of time can occur in a very short time frame. It requires a team effort, patience and an ability to anticipate and address challenges that sometimes arise unexpectedly. But achieving the goal, for most, is well worth the effort.

As I have written before, real estate is the most expensive purchase that anyone will most likely have in their life. Include the complexity of the process of either buying, or selling a home—and it’s imperative to consumers that they have real estate professionals they partner with who are knowledgeable, successful, empathetic and enthusiastic.

So “Rey’s Real Estate Recommendation” this week is so to think about the elements of the Great Seal of the United States and why they can serve as a reminder for why we in this nation are so fortunate to be able to freely buy, or sell a place we eventually call “home.”

I also want to remind you that another place to learn about other home buying and selling elements, is by joining us each Sunday on the “All Things Real Estate” radio show at 12-2pm Mountain Time.

Also, if you go to my website, you can send me your own real estate questions, or suggestions for topics that he will handle on the program (that’s ATREradio.com). I will treat your questions confidentially and will send you answers I hope will help you in your own real estate activities.